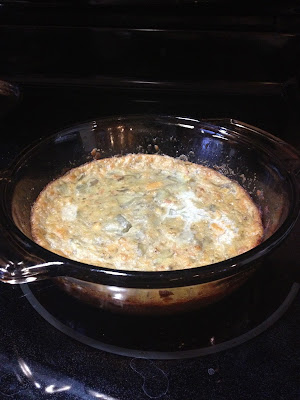 I don't know if I've made anything thus far with two prominent ingredients which are wholly unappealing to me. I mean, to say, I do like both clams and eggplant in very specific contexts - like, when they are deep fried and covered in marinara sauce and melted cheese, or perhaps combined with pasta and doused in a garlicky butter sauce - but, on their own, with no adornment, neither one appeals to me much.

Which, naturally, is why I was compelled to try it.

Today's Eggplant Clam Casserole is my very first reader submission, brought to us by my old friend and Doctor-in-arms Michelle Kunz, about whom I won't say much save that she is what one would have called "fierce" in the early two-thousand-aughts.

Fierce or not, if you'd like to submit a recipe of your very own for Husband to taste, email me!

From her original submission, she reports that:
Don't have any other details on this. It's handwritten in my mother's writing and dated 1973, from a family friend.

Family "friend"? I'LL BE THE JUDGE OF THAT.

Pare, dice, & boil eggplant until soft. Drain, add butter, cracker crumbs, egg, & clams (including liquid). Season to taste. Pour into buttered casserole & bake in moderate oven 30-45 mins.
Optional: top with buttered cracker crumbs before baking
Since I was using already-buttery-tasting Ritz crackers for my crumbs, I halved the amount of butter called for, because just in case you weren't aware, 1/4 lb. is a stick of butter. A girl has to be mindful of her figure, after all.
I'm not exactly sure what is meant by "moderate oven" but I baked it at 350, uncovered, for 35 minutes, which seemed to be plenty of time.
The result was quite a bit soupier than what I was expecting, more like what Mother might've called "scalloped" something-or-other. And what did Husband think? 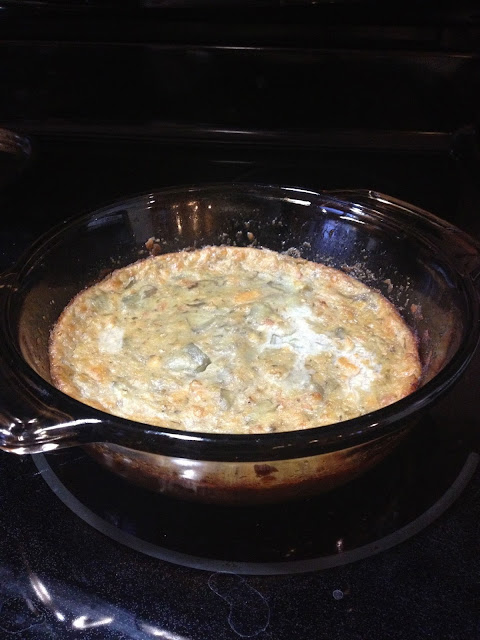