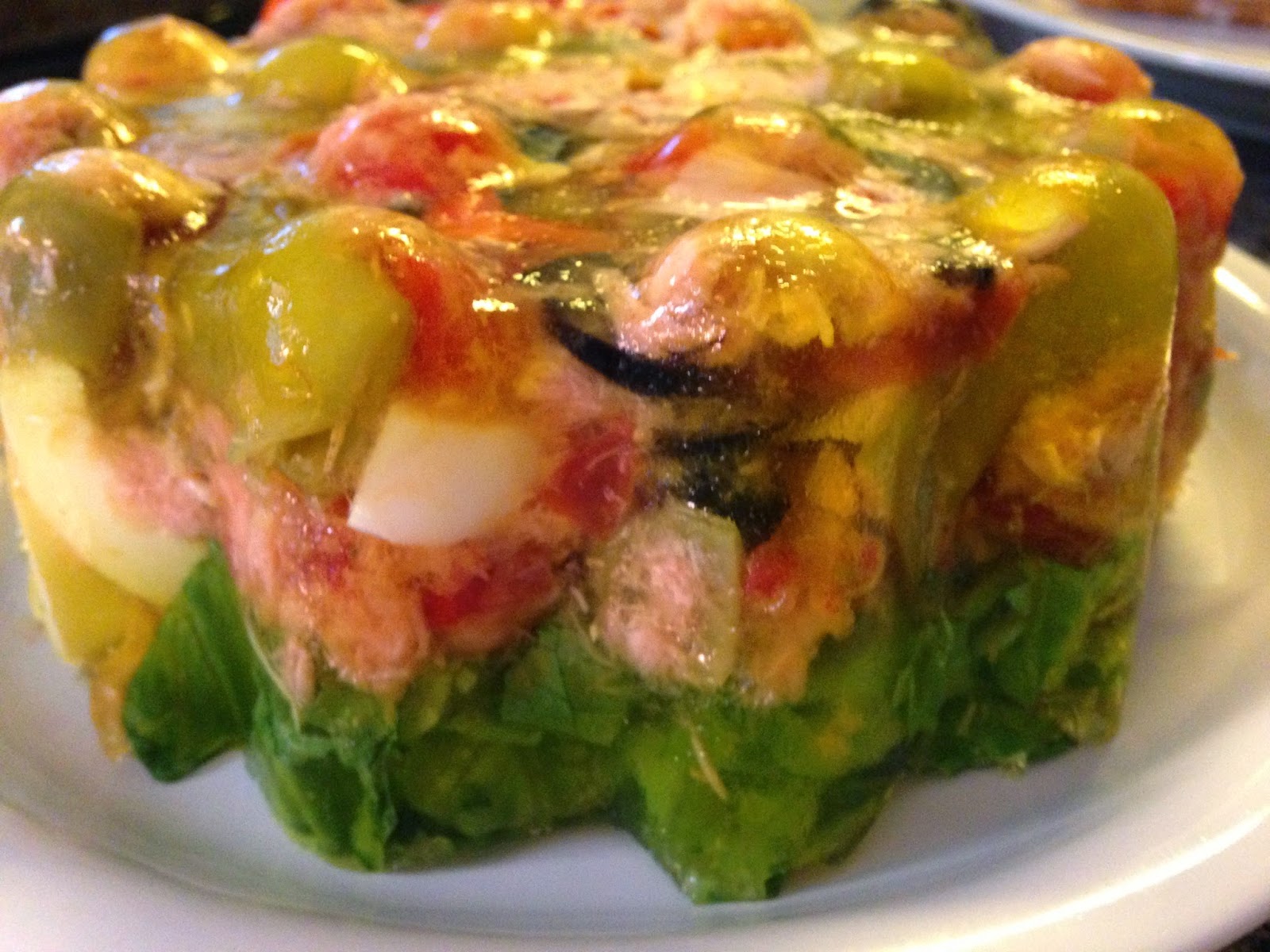 A double feature! Dr. Husband and I are on the road this summer - as you well know if you're following our travel posts -  and today we're coming to you from lovely Florence, South Carolina, home of Seminar Brewing, and of course you'll remember Dr. and Mrs. Substitute.

A quick scan through the French-Toasted sandwich recipe will tell you that it doesn't sound disgusting at all, just interesting, and since we had to make dinner anyway, we figured we might as well make something delicious.  The Tuna Nicoise Mold, on the other hand - well, a glimpse of the photo above may be reminiscent of a frat house bathroom on a Sunday morning, but as longtime readers know, we've never been led astray by a seafood/Jell-O combination.

Dissolve gelatin and salt in boiling water. Add cold water and vinegar. Chill until mixture just begins to thicken. Then spoon vegetable mixture and diced egg into a 6-cup ring mold. Pour on half the gelatin. Spread lettuce on top. Add remaining gelatin. Chill until firm - at least 4 hours. 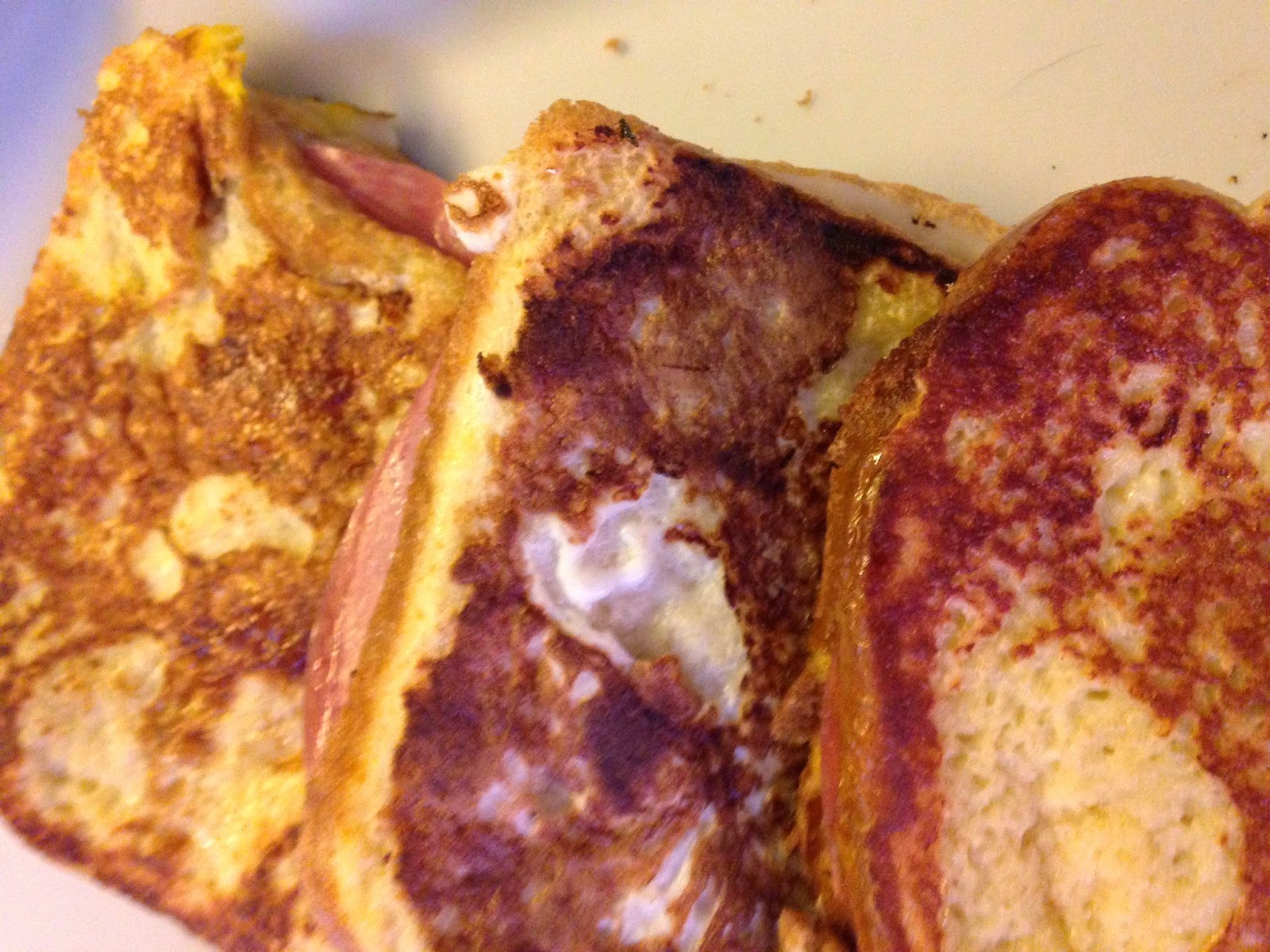 If you were looking forward to some tuna-induced retching this week, I hate to disappoint you, but we have two winners: